On May 14th of 2012, 2 snow leopard cubs were born to the Akron Zoo’s resident snow leopards….I absolutely love large cats, and especially the snow leopards…the length of their tails fascinates me, and their paws are just humongous! Many times have I photographed the 2 snow leopards they have, so I have been dying to get a chance to photograph the babies….They are only putting them on exhibit for an hour or 2 a day at the moment as they get used to being in a zoo, so as you can imagine, it’s been rather hard to get in to photograph them. But I finally got to get them this weekend, and even though it was very crowded, i still managed to pull off a few photos of them. 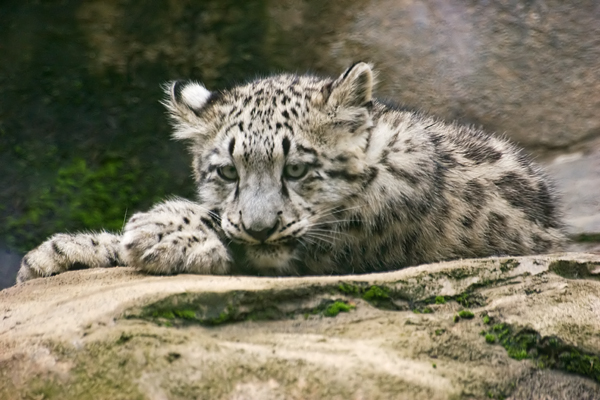 They were so fun to watch…because they are young and not used to being viewed by hundreds of people a day, they still notice people on the other side of the glass and would occasionally rear up on the glass, trying to get closer to the people….they also loved pouncing on their parents, and battling various objects in their enclosures, such as those huge scary logs! 🙂